All is quiet.  The bustle of the day will soon begin.  Kids will play with all their new Christmas toys and my two year old will transform herself into a little Spanish girl with a friend named, "Boots".
We had a beautiful Christmas.  Very different from any we've had thus far and probably won't for some time again.  We celebrated with my families the weekend prior and with McGyver's family the day after.  That left Christmas Eve and Day just us.  No traveling. 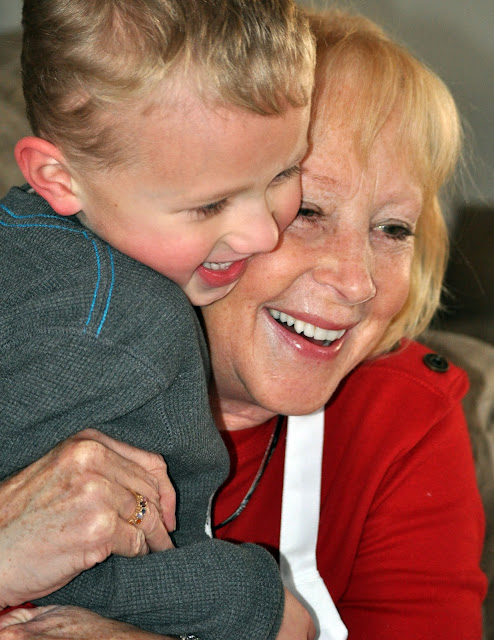 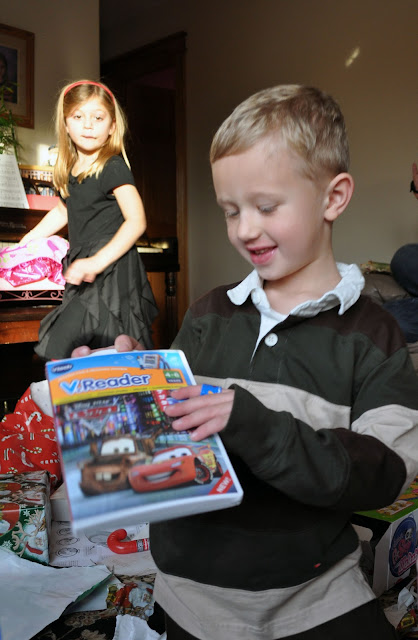 It felt a little odd to not be with our extended families on the actual holiday, yet very peaceful.  If I were to pick which way it would be for next year, I'd pick getting together with some family on the actual day of Christmas.  I say, some, because in order to fit my families in we have to travel three hours each way.  That is hard to do with the little time we have with work schedules.
Christmas Eve was spent playing with the kids, hanging out, preparing cookies for Santa and then Mass at 4:00 PM.  In years  past we've been in the last row and the kids lose interest when they can't see what is going on.  So we left extra early to make sure we could get relatively close to the our usual seating, which we did.
Our church was decorated so beautifully.  {I really should see about taking some pictures.}  The children were invited to come up front to sit around the altar.  Henry really wanted to but Karley didn't.  Sophie did but that just didn't seem like a good idea.  Henry wouldn't go by himself and I couldn't see if there were any kids in his class up there, so he didn't go.  I have to say, I am looking forward to next year when he will go by himself or either of the girls can go.
After Mass we had dried up delicious spiral ham, twice baked potatoes and broccoli for dinner.  Then kids and McGyver finished making Sugar Cookies for Santa.  He's so good like that, making cookies with the kids, how blessed I am.
Henry, Karley and Sophie were all very excited for Santa to come.  The made sure he had plenty of cookies and that the reindeer had enough carrots for their long night.  This season really is so special through the eyes of our children.
Wow, they were very, very, excited the next morning!  I don't even know how they managed to have breakfast before opening presents.  I can so remember being a kid and just being sick about having to wait.  It just killed me.  {So really, I've come a long way on my patience, really.}  I do think Henry is a little like me. 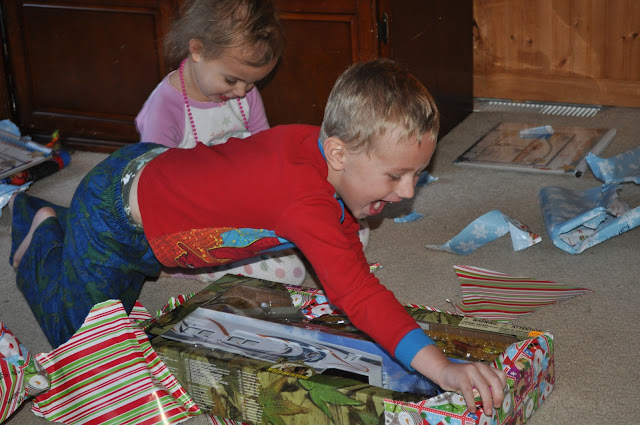 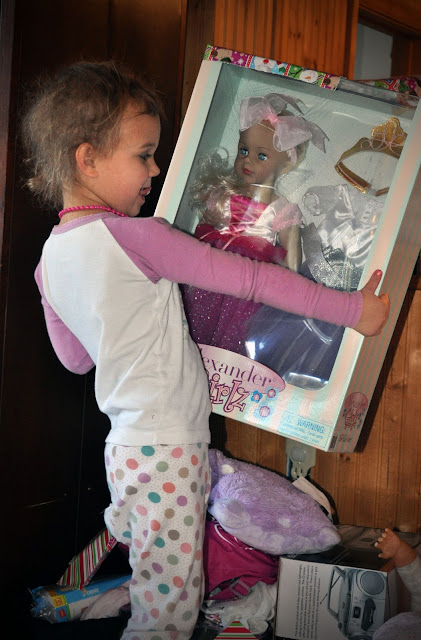 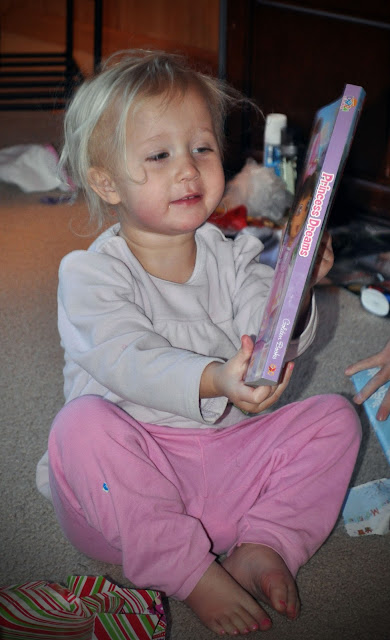 We ended up getting Chinese appetizers for lunch.  It's almost unbelievable that we could even get such a thing on Christmas Day living in the boonies, on Christmas Day.  We did though.  It was good too, until, I think the MSG content put me in a horizontal position for two hours while the kids played and McGyver watched Kung Fu Panda or something of the like.  Dinner hardly seemed possible but we managed to have walleye from Grandpa Jim, along with hash browns and beans.  Isn't that an interesting combination for Christmas dinner?
McGyver's family celebration was on the 26th.  It was a very nice celebration and a very scrumptious dinner.  Salmon, filet mignon and ribeye, with twice baked potatoes, salad, fruit salad, followed by a blizzard type ice cream birthday cake for Jesus.  I'm still stuffed two days later! 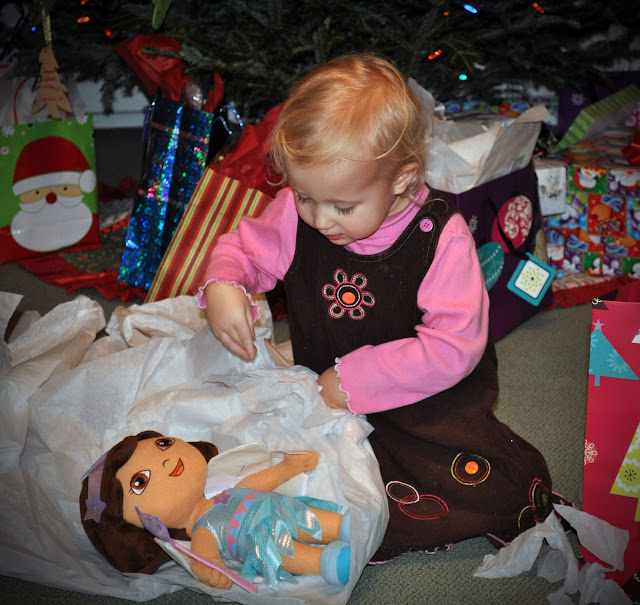 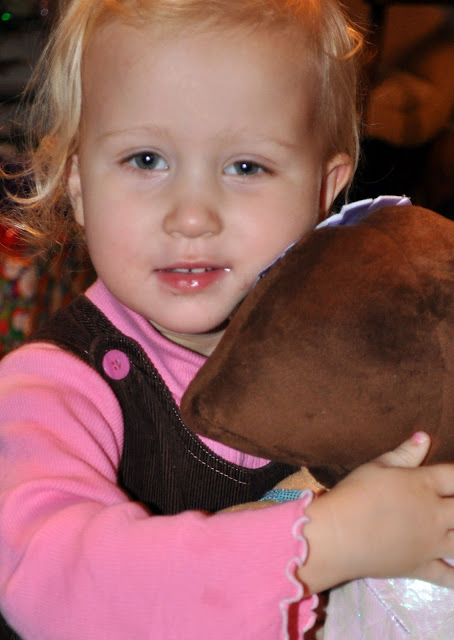 Christmas was special indeed.  We all feel very blessed and thankful for all we have and were able to give.  Most of all we are thankful to God for the birth of His Son and Mary's "Yes".   I'm reminded of what that means to all of us and what little God asks of me in light of all that he gives.
I hope you had a Merry Christmas!
Posted by Tina Fisher at 9:52 AM
Email ThisBlogThis!Share to TwitterShare to Facebook