One of the reasons I like doing Seven Quick Takes is that it's an easy way to catch up with a variety of things that are going on.  It's the only way all these random things even begin to make sense in a blog post.  Almost like a macro facebook/twitter post.


~1~
I turned 41 last Sunday.  Yikes, that seems so old to me, only in regard to myself though.  I don't feel like 41, whatever that feels like.  I do notice a few more wrinkles, but all in all, I don't really feel a big difference.  We went to Mass followed by a birthday party for two cute little boys.  We were going to go out for dinner but were so stuffed from the burrito bar we decided to go out for my birthday as a family on Monday.  I did, however, insist on my traditional cheesecake for dessert.  YUM!  Here's what 41 looks like, in case you don't know.  I think it looks happy. 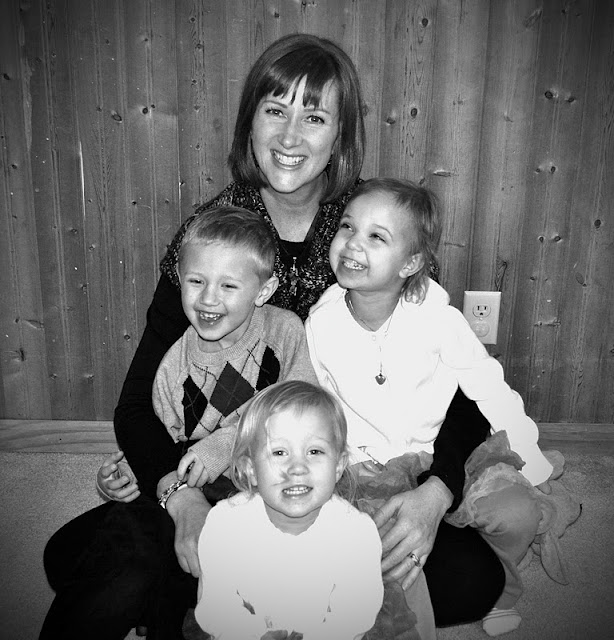 When my kids were littler I realized I couldn't save every cute outfit or thing they made me, so I decided to take pictures of them in outfits I for sure wanted to remember.  Now, I am the happy recipient of many craft projects and gifts, but can't keep them all.  An example:  For Christmas McGyver took the kids to Target to get me a present.  They each got a little something and he allows them to pretty much pick it out themselves, although he tries to give a little direction.  Henry got me a nice bracelet that has a Bible verse on it.  Karley got a beautiful picture frame {still needs a picture in it} that says "Family" and Sophie got me this candle.  I was told they smelled a couple {this is where McGyver tried to steer to scents I love} but once they smelled Mandarin Berry they were hooked because, "It smells like fruit snacks!"  There was no way he was able to change their minds.  I was very happy to burn this candle and take it's picture so as to never forget their cuteness. 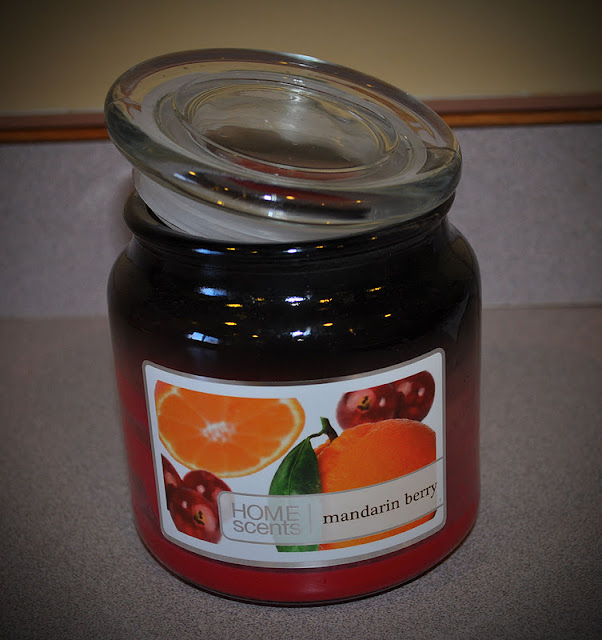 ~3~
In addition to turning 41 this week I was lucky enough to pay a visit to the DMV to get my drivers license re-newed.  {I thought I was in the soup nazi line.}  My one concern was that I wasn't going to pass my vision test, I did, with some errors.  For some reason she asked me twice if I was wearing contacts then told me I missed a few.  I think it's a sign of aging.  I really can't go without them anymore.

Karely has been gluten and dairy free {as far as I know} all week.  All in all, I'd say it's been going quite well.  She's been trying everything and most things she takes really well.  Sunday night she tried the almond milk, that was a negative, but she did have it in her cereal the next morning.  I was surprised she was willing to try it at all.  She took it just fine and now calls it her "new milk".   The kids have been really good about having fruit for snacks, with the exception of Sophie.  This girl wants her snacks, bread and pasta, fruit isn't cutting it for her.  Karley had gluten free toast one morning, she thought that was fine.  I was afraid sandwiches weren't going to work, but gave it a whirl because Henry and Sophie were begging for a PB & J.  Karley's a trooper, she had a PB & J on her gluten free bread {not even toasted!}.  Dinner has been pretty easy to adjust to, I'd say mostly it's lunch that is the hardest for me.  For the most part McGyver takes our leftovers so I need to find more lunch options or make a bigger dinner so we might have lunch leftovers.  It has gone really well, praise God.

We were lucky enough to meet Carrie at McDonald's on Monday {we had our own snacks on the way there and the kids were just excited to play they didn't care about having an ice cream cone}.  I always get great inspiration on bookmaking when I see her.  She designs books from your blog and every time I leave our visits I am so inspired to make a book from this blog!  I hope to make it a reality by May.  In the meantime, I am working on a photo book for Karley.  She was the only child I managed to make a book for last year, {so sad, now I have a lot of catching up to do}.  It looks like this years book will be about 200 pages.  I hope to finish it this weekend.  I am hoping to have it by her birthday.


~6~
I was recently asked why do people read your blog?  I really don't know but I do know what I hope to achieve from it.  Sometimes I get away from the goal, I do get caught up on blogging for people to read, comment, etc.  Yet, my goal is this:  to create a book that chronicles our family via my thoughts and pictures.  In the process, building relationships, with fellow bloggers is a very nice added bonus!

~7~
Somewhere along the way I am trying to de-clutter our house.  We seem to be busting at the seems, that or I just like things really stripped down.  During this process, I find I have a problem of getting very sidetracked {go figure - facebook/twitter/blogging oh and every once in a great while pinterest}.  You wouldn't know it but I have indeed de-cluttered a lot from this house.  Here's an example of quick take number two and de-cluttering.  I think I may have gone a little too far, I may have ridden ourselves of all the board puzzles.  Poor Sophie. 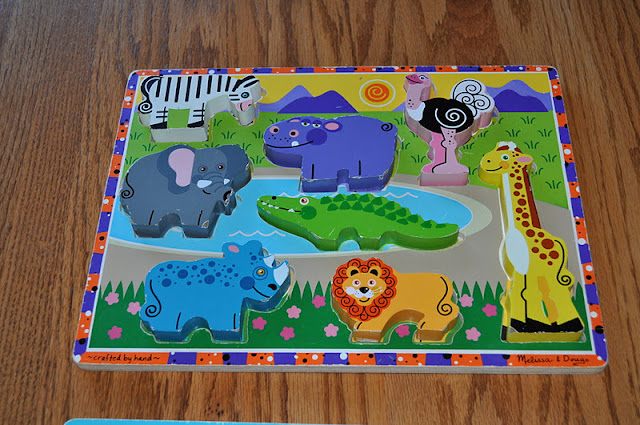 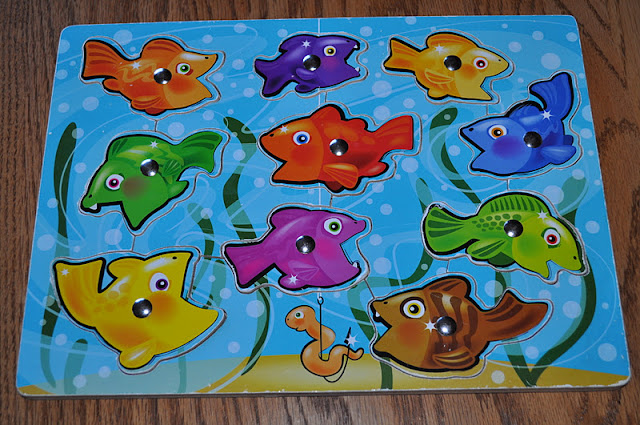 ~8~
I know it's only supposed to be seven quick takes but I just wanted to mention that next week I am giving away a new book by Antony DeStefano!
Have a great weekend!

Posted by Tina Fisher at 2:07 PM
Email ThisBlogThis!Share to TwitterShare to Facebook