Handmaids of the Heart of Jesus Visit

The Littles and I had an opportunity to visit the Handmaids of the Heart of Jesus last Sunday.  A few months ago I met Mother Mary Clare and her sister Molly after Mass one morning .  Then last week after Friday Mass, Molly told me Sunday would be the last opportunity to visit the convent in its entirety before becoming cloistered.  So after talking it over with Adam, it worked out that we were able to go.
It's a little bit of a drive for us to their new convent but it was a bright, sunshiny, crisp, Fall day.  We played I Spy for miles and actually, we were there in no time at all.  Perfect day for a "Sunday Drive".
There were many visitors to take a peek for one reason or another.  I happened to hear quite a few people commenting on how things were so different looking from what was previously their school.  You see, the convent was a middle school.  The Sisters worked hard all Summer to convert the school into a convent.
I too went for a few reasons; to show my kids one type of vocation for women, for all of us to see where the Sister's live, and for an opportunity of questions the kids themselves might have.  I say might because, really my kids young.  I should also say that I wanted them to have the opportunity to meet young (all under 32?) Sisters.
We were warmly greeted by Mother Mary Clare.  Henry, Karley & Sophie all showed her their prized possessions. 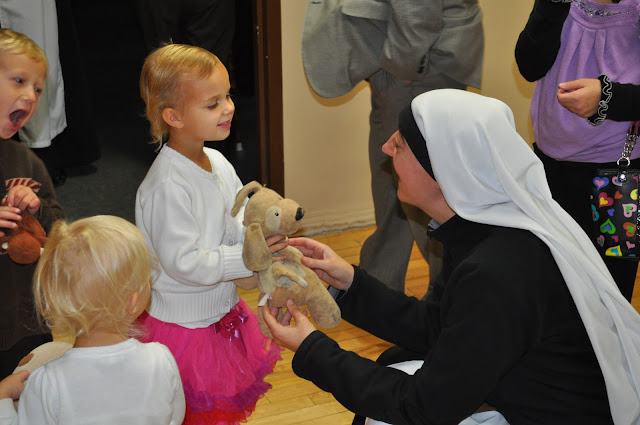 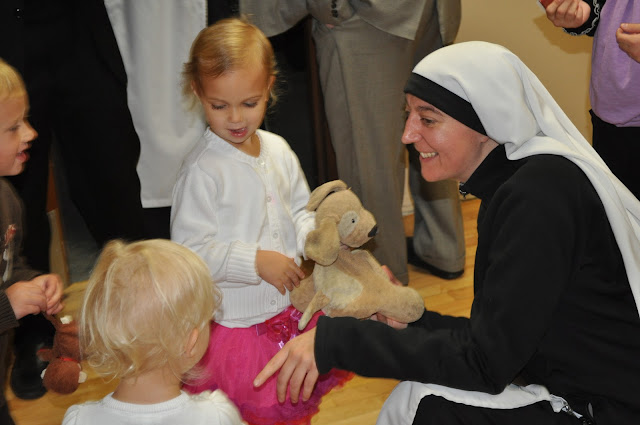 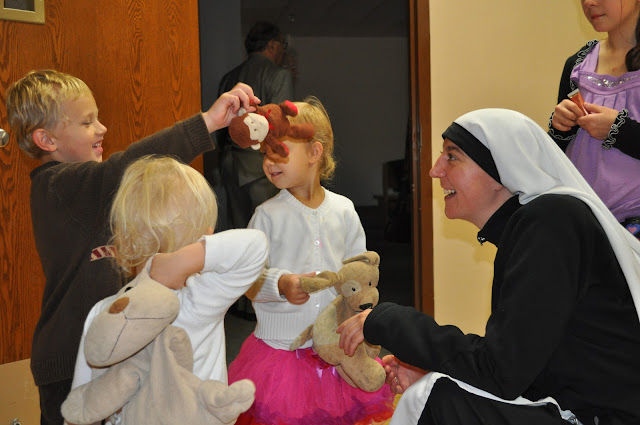 Later that night Adam told me Henry mentioned the Sisters don't go to the grocery store.  He wondered why Henry would tell him that.  I put the pieces together for him that the Sisters live on Divine Providence and that our tour guide Sister Maris Stellas was explaining to a member of our group that they don't go to the grocery store or target, etc.  (Hence, the part Henry understood.)  She further explained how, for instance, they are very creative cooks, they have learned the treasure of eggs, etc.
I thought about that for quite awhile.  Not only does their living on Divine Providence help themselves but it also helps us to remember the sisters, young women working charitably for and living for God and how to be generous with our neighbor.  What an example they are! 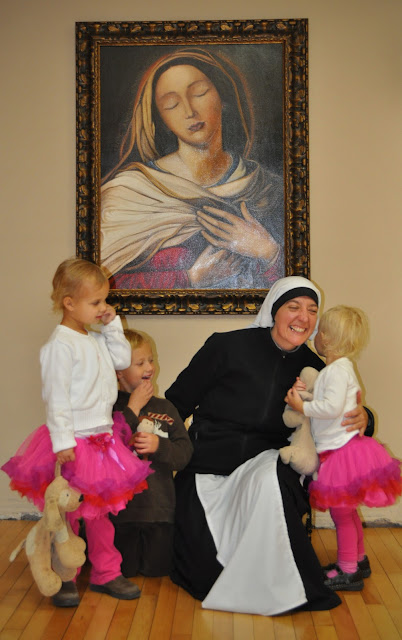 We are so blessed to have the Handmaids in our diocese!
Posted by Tina Fisher at 2:25 PM
Email ThisBlogThis!Share to TwitterShare to Facebook